“Continue the Cyberpunk 2077 game in reality”, last March, the wish of the fans of the game was realized. Red Bull France called upon Hopscotch Event to produce an unforgettable evening by recreating the game’s settings and atmosphere.

This evening offered the fans a real dive into the dystopian and cyberpunk world imagined by Mike Pondsmith. After discovering Night City in the game, fans were able to take the experience even further with the RedBull Immersion.

An evening of total immersion in the world of the game 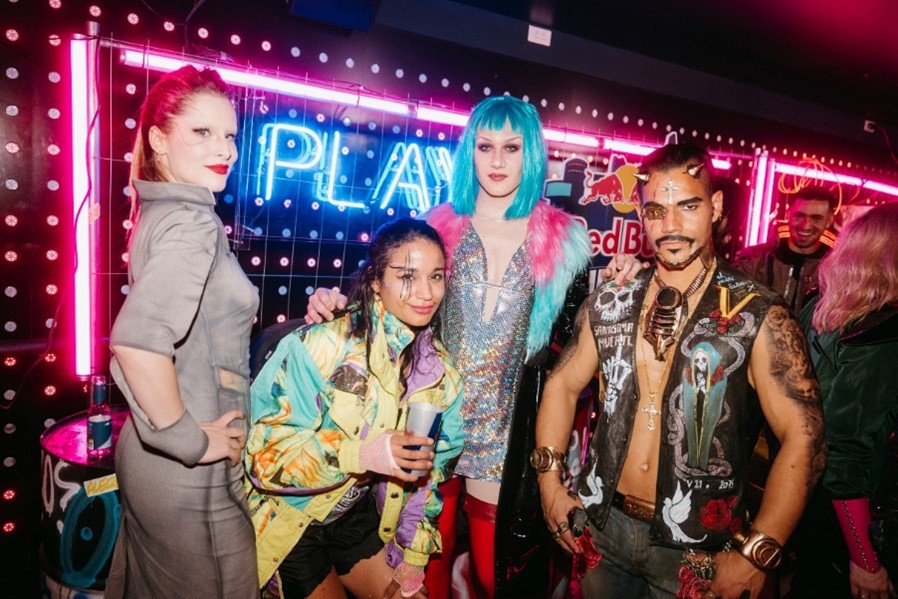 An ephemeral event at the Machine du Moulin Rouge in Paris, transformed for the occasion into Night City, the futuristic megalopolis of the game. For this, all the decor of the city was recreated, including the characters, embodied by cosplayers and by the guests who played the game in costume.

Immersed in the streets of Night City, the guests were able to participate in activities in line with the game’s universe: interactive experiences through various quests, dialogues with characters from the game, and the possibility of perfecting their costumes in order to completely blend into the experience.

An immersion initiated in digital

For the participants, this total immersion in the universe of Cyberpunk 2077 started with the invitations. Indeed, there was no other way to access the party than to hack the invitation by cracking the code in a digital experience on a dedicated portal. Thus, the immersion in the game started well before the event, allowing fans to test their culture and hacking skills in order to get a limited number of seats.

Congratulations to Hopscotch Event’s team, and thank you to Red Bull France for their trust!

La REF 2021, an XXL format dedicated to Freedom and the economic Francophonie